Californian vibe in Dublin 4 –inside the €1.85m houses at a new gated enclave in Sandymount 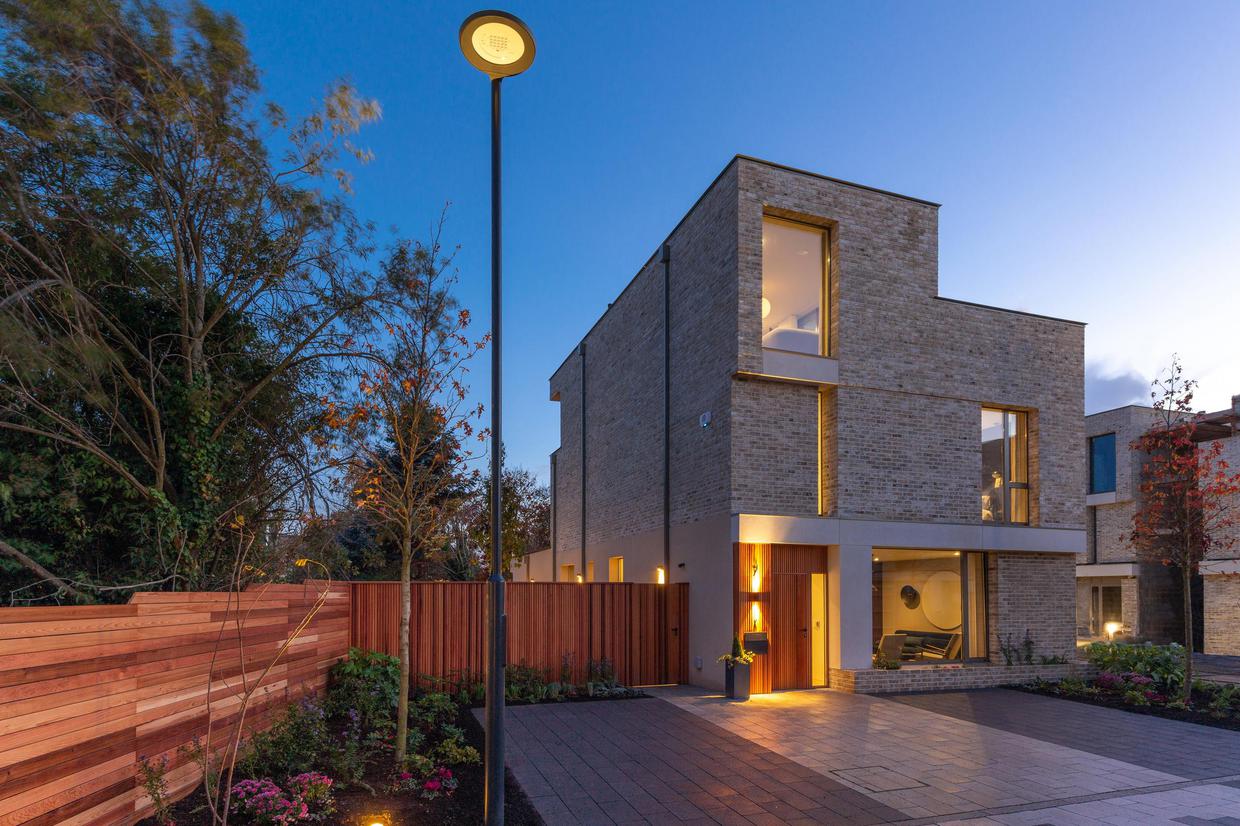 Reese Witherspoon, Nicole Kidman, Laura Dern and Meryl Streep may have been the stars of the HBO hit Big Little Lies, but the show’s dramatic setting on the Monterey peninsula in central California also played a key role, with its rugged cliffs, crashing Pacific waves and Monterey pines serving as the backdrop.

During the 19th century, Scottish botanist David Douglas — best known as the namesake of the Douglas fir — went on expeditions to the Pacific Northwest and introduced the Monterey Pine to Britain and Ireland for cultivation. The evergreen conifer became popular during the Victorian era for shelter and ornamental planting on exposed coastal country estates.

When Richmond Homes was choosing a name for its gated development of contemporary homes amidst the period houses of Sandymount, it settled on Monterey because there is a Monterey Pine on the site, which was originally the back garden of No 11 Park Avenue.

For the design of the nine homes at Monterey, ODAA Architects took a leaf from the materials used in Sandymount’s period houses, using them to create a more contemporary look. As a result, these rare new-builds in the coastal suburb have a modernist appeal with a California vibe and wouldn’t look out of place in a HBO drama series.

The gated enclave, which is just a few minutes’ walk from Sandymount Strand, isn’t immediately obvious to passers-by as it’s set back from Park Avenue. The leafy development comprises nine four-bed homes and the final two, No 3 and No 4 Monterey, will officially go on the market tomorrow, with prices starting at €1.85m.

The exteriors of the houses are finished in a Marziale yellow brick with a champagne-coloured mortar. This complements the colour-matched render, the reconstituted stone beams and columns, the slatted cedar entrance and fencing, and the large feature glazing finished in a pearl beige aluminium.

The 2,293 sq ft of living space at these semi-detached homes are arranged across three floors. Inside, there is a triple-height lightwell that allows natural light to flow through down through the centre of each house. To the front is a living room with a large bespoke window,.

To the rear is an L-shaped kitchen/dining/living area with sections of floor-to-ceiling glazing aimed at making the back garden seem like an additional room of the house. Sliding doors open onto a paved patio.

Buyers have a choice of colours for the Leicht kitchen, which is supplied by McNally Living and comes with an island unit and quartz worktops. There is a matt lacquer finish to the doors of the full-height handle-less kitchen units, with some of the kitchen units having a textured wood finish.

Additional interior touches throughout the homes include bespoke joinery, such as recessed skirting with shadow-gap detailing and an oak-finished stairs.

There is an extra family room on the first floor and the top floor has an en-suite bedroom that opens onto a discreet walled roof terrace. No 3 and 4 Monterey are for sale via Knight Frank New Homes (01) 237 4500.

Viewings are by appointment.