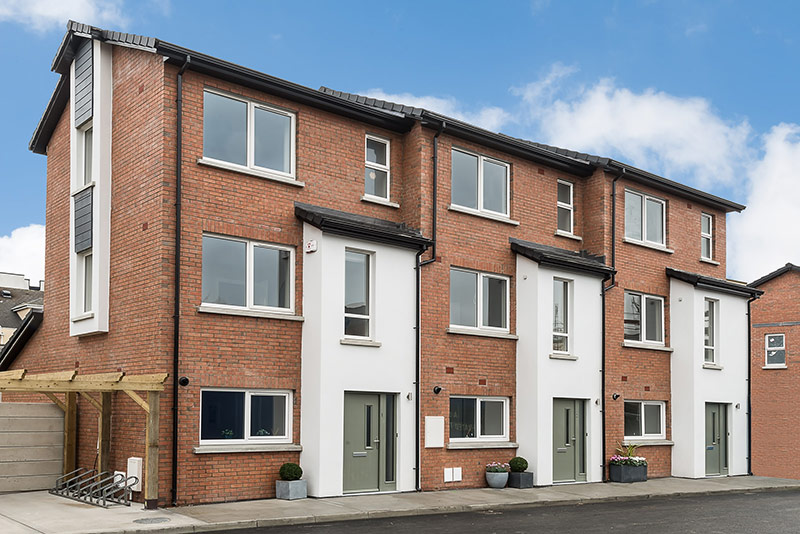 Arbour Hill is a historic street in Dublin 7 that leads from Manor Street in Stoneybatter, past the military cemetery – the final resting place of many of the dignitaries of the 1916 Rising, including Patrick Pearse, James Connolly and Major John McBride – past the prison and ends at the intersection with Montpelier Hill, which will take you straight to the Phoenix Park. The road continues as Temple Street West taking you down to the Ashling Hotel and across the river to Heuston Station.

In the past, Arbour Hill and nearby Benburb Street also had a reputation as being one of Dublin’s red-light districts, but by the time of the millennium the area was being gentrified by home-owners keen to live close to town.

Lilliput Stores opened its doors in 2007 and drew a whole new slew of creatives to the area, but as many of the new residents started to settle down and have kids, they realised that their artisan cottages and terraced houses, while charming, were tiny and had little or no outside space for kids to run around.

Dawson Place is a new scheme that has been built on an infill site almost at the Montpelier Hill intersection. The Richmond Homes development reportedly cost €2.7 million and was purchased with existing planning permission, which was then tweaked by Stephen Collins of Collins Maher Martin Architects to deliver 25 two-bed and three-bed homes. Nine of these are already sale agreed.

Richmond Homes has been set up by Mark O’Donnell, principal at real estate investment manager Avestus Capital Partners and Sean McCallion, construction director at Avestus and formerly of Regency, in conjunction with Magnetar Capital, a large American alternative investment manager.

The A-rated houses for sale are two-storey but the showhouse is set over three floors. It was designed by Denise O’Connor of Optimise Design and has an open-plan, L-shaped ground floor with the kitchen set to the front. The units are by Keane Kitchens and feature Micapost countertops with the Indesit kitchen appliances included in the sale price. Glass sliding doors open out to a small back garden. Each house comes with one allocated parking space.

Behind the site is another site currently under demolition to make way for 319 units being built by Haddington Student Housing. At its highest point, the buildings will stand five floors high on this 1.1-acre site.

O’Connor Shannon has just sold number 2 Temple Villas, a three-bedroom terraced house, about 107sq metres in size and in need of modernisation, on Arbour Hill, a few doors down from this site, for €455,000.