Roomy three-beds from €225k within an hour of Dublin 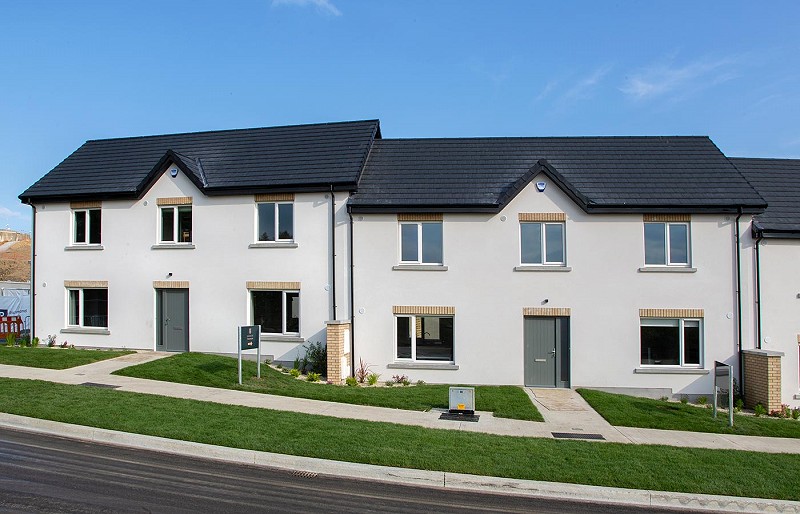 Situated on the northwestern edge of the historic Pale, about 20km equidistant between Dundalk and Drogheda, Ardee is a town that still retains fortifications from that period. Jutting out of its main street is Ardee Castle, once a prison and then a courthouse, the largest surviving medieval tower house in Ireland, while down the street is another tower house, Hatch’s Castle. The 2019 National Roads Allocation has earmarked €6 million for the busy market town’s bypass scheme as well as another €¾ million for its pavement rehabilitation scheme. On the Dublin side of Ardee, this new scheme from Richmond Homes is the first sizeable new homes development here in about a decade, says marketing manager Nicole Delaney. When complete it will comprise about 150 units. The housebuilder bought the 68-acre site, set on a hill overlooking the town, with planning and then set about tweaking the plans to better streamline it, Delaney explains. It sold about 10 of the terraced houses off plans and is now launching its first 12 units to the market. Richmond Homes in Dublin is responsible for the now sold-out 25 units at Dawson Place on Arbour Hill in Dublin 7, and Ashfield Place in Templeogue, where just three of its 16 units remain.

Comma Architects The Ardee scheme has been designed by Comma Architects with Gallagher kitchens and appliances. Denise O’Connor of Optimise Design fitted out the showhouse. The 12 properties launching are mainly three-bedroom end-of terrace and semi-detached homes, ranging in size from 107sq m (1,151sq ft) to 121sq m (1,310sq ft). There are four of each of this style of house, along with two three-bedroom detached houses of 115sq m (1,243sq ft); one three-bed bungalow of 101sq m (1,090sq ft) and one four-bed detached house of 133sq m (1,432sq ft). Prices range from €225,000 to €255,000 for the three-beds. The four-bedroom price has yet to be finalised.

It would be possible to commute from Dublin to Ardee by train from either Drogheda or Dundalk stations, each about a 20-minute drive. There are also several daily coach services including Matthews Coaches, as well as a regular Bus Éireann service.